The Time to Sell Your Home is NOW

You may have seen my latest blog post last week in regards to our local market.  If you didn't believe me, take it from the national data.

Am I allowed to say I told you so??  Please don't miss the bolded highlights.  It is risky to wait it out any longer.

Patience seems to have paid off for those who’ve postponed putting their homes on the market until this year, real estate analysts say. They stand to pocket the kind of profits not seen since the housing boom.

Prices surged more than 10% in many markets last year, bidding wars are once again common, and homes are routinely going for well over the asking price in some cities. These trends make it seem like a return to the go-go days of the housing boom.

Single-family homes were selling at an average price of $244,300 in November, up 7.2% from a year prior and the highest price since August 2008, according to the latest data from the National Association of Realtors. Homes in major cities are experiencing big jumps in prices: In the 20 largest metro areas, prices in October increased at the highest year-over-year rate since February 2006, according to data released last month by the S&P/Case-Shiller Home Price Indices. “All in all, it’s a good time for people to put their home up for sale,” says Celia Chen, senior director with Moody’s Analytics.

The turnaround comes roughly seven years after the housing bust and amid signs that the economic recovery is picking up. As the unemployment rate drops and consumer confidence increases, more buyers are entering the housing market and sellers are finding that they have more leverage in negotiating the going prices of their homes.

Fueling this seller’s market are several factors that have unexpectedly converged: For-sale listings are limited, which is pushing prices up at the same time that mortgage rates are rising. That’s created a sense of urgency among buyers, many of whom fear that the door to affordable real estate in their market may be closing.

Rachael DeRoche, a pilot in the U.S. Air Force, says she recently started looking for a two-bedroom, two-bath condo in Charleston, S.C. and is frustrated by the lack of for-sale properties. DeRoche, 28, says she has expanded her search beyond the city’s center in the hopes of finding the property she wants. “Rates are rising and with limited listings out there, it puts people in a position to kind of accept something that they may not truly want…I worry that may happen to me,” she says.

In fact, data suggests that buyers are snatching up properties faster now. Homes in November 2013 were selling 11% faster than they were a year prior, according to the latest data from Realtor.com, which tracks for-sale listings. In several cities, that rate is even higher: Homes were selling 20% faster in New York and Miami, for instance, and 18% faster in Chicago and Dallas.

To be sure, the recovery to date hasn’t been enough to get every homeowner out of the red. In the third quarter of 2013, according to real-estate analytics firm CoreLogic, nearly 6.4 million homes were underwater, meaning borrowers’ mortgages were greater than value of their homes. These homeowners for the most part cannot sell their home unless their lender agrees to a short sale, in which the home is sold for less than the debt owed on it.

Still, homeowners with enough equity can benefit from current housing conditions. Inventory remains limited, which allows sellers to ask for higher prices. There were just shy of 2.1 million existing homes for sale in November, which equals a 5.1-month supply, according to the latest data from the NAR, a figure indicative of a seller’s market. A balanced market, in contrast, would have about six to 6.5 months of supply.

Separately, the Federal Reserve’s announcement in December that it’s tapering its bond purchases (from $85 billion to $75 billion per month) suggests that the era of historically low mortgage rates is coming to an end. While rates were rising before the Fed’s tapering decision — for instance, average rates for 30-year fixed-rate mortgages increased by more than one percentage point from May until September 2013, according to mortgage-info website HSH.com — mortgage experts say they’re likely to rise further as the government unwinds its bond-buying program. The impact on buyers will be twofold: Some will likely pick up the pace of their home search so that they can lock in a mortgage before rates get too much higher. Separately, as rates rise, they won’t be able to qualify for as large of a mortgage as they can now since higher rates will result in larger monthly payments that they may not be able to afford. “The expectation is that costs to buy later will be higher than they are now,” says Keith Gumbinger, vice president at HSH.com.

Of course, a buyer’s problem is often a seller’s upside, which might incline homeowners to hold off selling even longer for the possibility of even higher prices. While sales prices could rise, waiting comes with several risks, which could slow or even reverse recent price gains. Should the economic recovery — in particular, job growth — stall, home sales and prices could drop. And if mortgage rates spike suddenly by one full percentage point or more, demand could dampen.

But the biggest risk is from the supply side. It’s expected that the number of for-sale homes will rise this year, with much of the extra supply coming from home builders. Moody’s Analytics projects that construction will begin on 1.43 million new homes this year, up from slightly under 1 million that were expected for last year. This event alone could stall price gains. “Going forward this year, the level of price appreciation will likely be nowhere near what we witnessed in 2013,” says Stuart Gabriel, director of the Ziman Center for Real Estate at the University of California, Los Angeles.

Beyond 2014, more homes are expected to hit the market. Since the recession, investment firms, including private-equity firms and hedge funds, have been purchasing large numbers of single-family homes and turning them into rentals. Some analysts say that the supply-demand imbalance that has helped create this seller’s market is largely due to this trend. Those companies will likely put a large number of those properties for sale at the same time in a few years — which would put downward price pressure on nearby listings, says Jack McCabe, an independent housing analyst in Deerfield Beach, Fla. 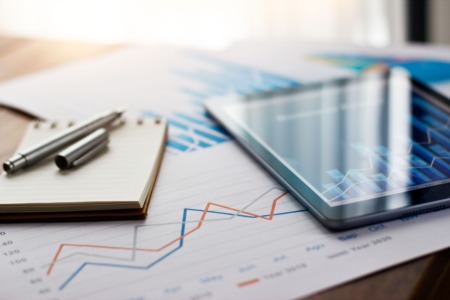 The Art of Selling Homes

The Art of Selling Your Home Selling a home is much an art as it is a science.  Everything that we do when we help a client sell a home is ...Read More

The Truth About Short Sales

The Truth about Short Sales When we meet with buyers for the first time, part of our buyer counselling is to explain the difference between a short ...Read More